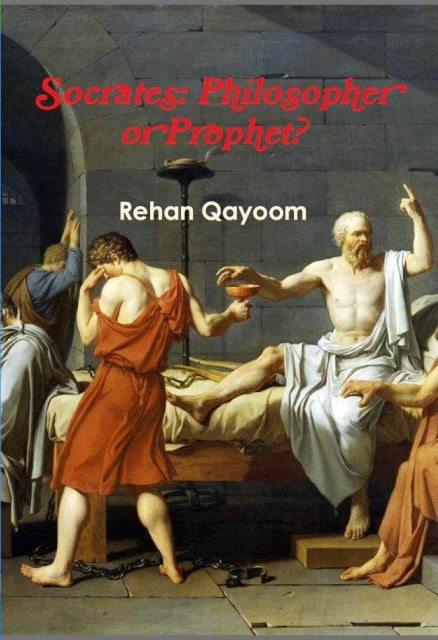 SKU:
£7.75
£7.75
Unavailable
per item
The first major contemporary study on the status & person of Socrates in Islam.


Known as the father of Western Philosophy, Socrates was a man of great religious belief ‘To do this has, as I say, been enjoined upon me by the God, by means of oracles and dreams, and in every other way that a Divine manifestation has ever ordered a man to do anything’ says Socrates in Plato's Apology. His belief in his appointment by God to call the people of Athens to the good life was so firm and unshakable that in the very hour of his death sentence, he rebuked his followers for crying for, as he had said so many times, for the True Philosopher 'death may be the greatest of all human blessings’.


Religion in today's world is portrayed as the antithesis of rationality and science. Yet the so-called 'Father of Rationality' and one of the earliest documented rational enquirers into why we live the way we do was a man who based even his smallest actions on his Divine Sign or Revelation ‘At all previous times my familiar prophetic power, my spiritual manifestation, frequently opposed me, even in small matters, when I was about to do something wrong...’ (Plato's Apology).


Islam is clear on the question of Prophethood - God in The Holy Quran addresses Muhammad ﷺ and says:


Verily We have sent thee with the Truth as a bearer of glad tidings and as a Warner; for there is no nation to whom a Warner has not been sent.
If they treat thee as a liar their predecessors did the same. Whenever their Messengers came to them with clear Signs and with the Scriptures and with the Illuminating Book.
​
Fatir [Originator]: 25, 26.


Was Socrates then among these Prophets - these Warners? What is the criteria of Prophethood in Islam and does Socrates fit the bill? How can rationality and revelation co-exist? If science is the Act of God and true religion the Word of God, should they not go hand in hand? Rehan Qayoom an active poet of both English and Urdu analysed and dissected what we know about Socrates to answer these questions and to, no doubt, raise a good many more on 7 February 2013 at University College London.


The event was held by AMSA (Ahmadiyya Muslim Student’s Association) and co-hosted by the UCLU Hellenic Society. The talk was followed by a Q & A and a dramatic rendition of a portion of The Apology.